How Do Soybeans Replenish The Soil Of Nitrogen?

All plants need nitrogen, and in agricultural crops, it is very important to have a good nitrogen management plan in place to increase crop yield. This can be accomplished by applying commercial nitrogen fertilizer, but it can also be accomplished through the natural use of legumes like soybeans, which naturally add nitrogen to the soil.

Why Is It Necessary To Replenish Nitrates In The Soil? 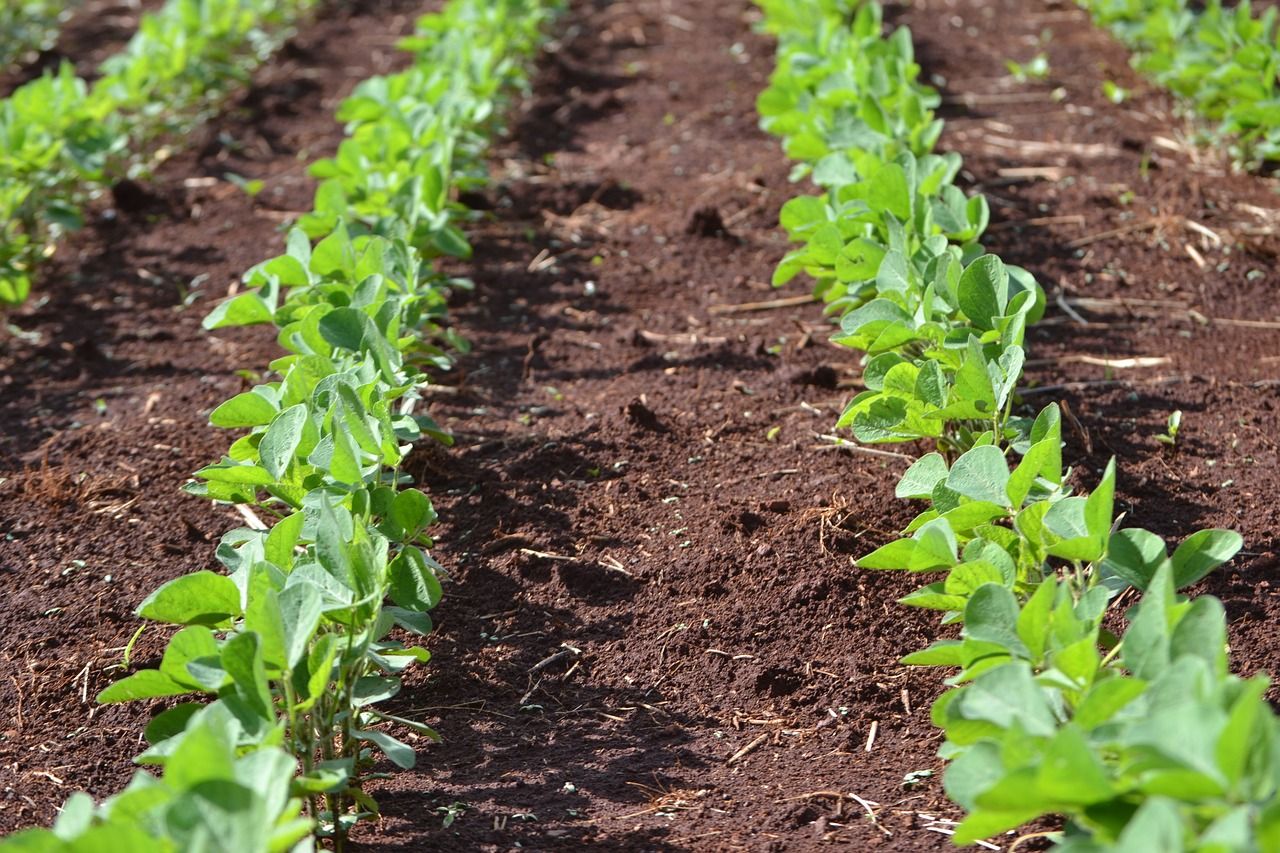 Plants consume nitrates as they grow, and nitrates in the soil do not attach to the soil particles. This means that a heavy rain can wash away a lot of nitrates. When the soil is soaked, the nitrates tend to move along with the water and end up below the plants’ root zone.

This action takes the nitrates out of reach of plants and often ends up causing nitrates to leach into groundwater. The amount of nitrates that ends up in groundwater depends on what lies below the soil and how deep the groundwater is.

Sandy soil allows more nitrates to get into the water table. Shallow groundwater is more likely to be strongly affected by nitrate runoff.

Rotate Your Crops With Legumes

Using soybeans or other legumes (e.g. alfalfa) for crop rotation is a smart way to keep nitrogen levels high in your soil. They are able to do this because legumes can get their nitrogen from the atmosphere.

This process is known as symbiotic nitrogen fixation.

The microorganisms get food through the process, and the plants get nitrogen. After the legume crop is finished, nitrogen remains in the soil, so it is not necessary to add more nitrogen. In fact, doing so is destructive to the symbiotic nitrogen fixation process in future.

How Do Soybeans Produce Their Own Nitrogen?

How Much Nitrogen Do Soybeans Make?

After the harvest, when soybean plants die, the leftover roots, stems, leaves and the like get broken down by the microorganisms living in the soil. This composting process causes more nitrogen to be released into the soil.

While all decaying matter releases nitrogen into the soil, it’s important to remember that for most plants, that nitrogen came from the soil in the first place. Soybeans and other legumes get their nitrogen from the air and then add it to the soil.

In total, soybeans are capable of adding between thirty and fifty pounds of nitrogen to every acre of soil.

The thicker and healthier the soybean crop, the more nitrogen it will contribute to your soil. When you grow a healthy field of soybeans as a rotation crop with wheat, grain sorghum or corn, you won’t need to add nitrogen fertilizer.

Nitrogen in the soil is a nitrate. The nitrogen in inorganic fertilizers can be very detrimental to water quality. Natural nitrogen that is the result of growing a cover crop of soybeans is not nearly as harmful.

Using soybeans as a rotation crop contributes about a third less nitrates to drainage water as use of chemical fertilizers.

What Are The Negative Impacts Of Nitrate Runoff? 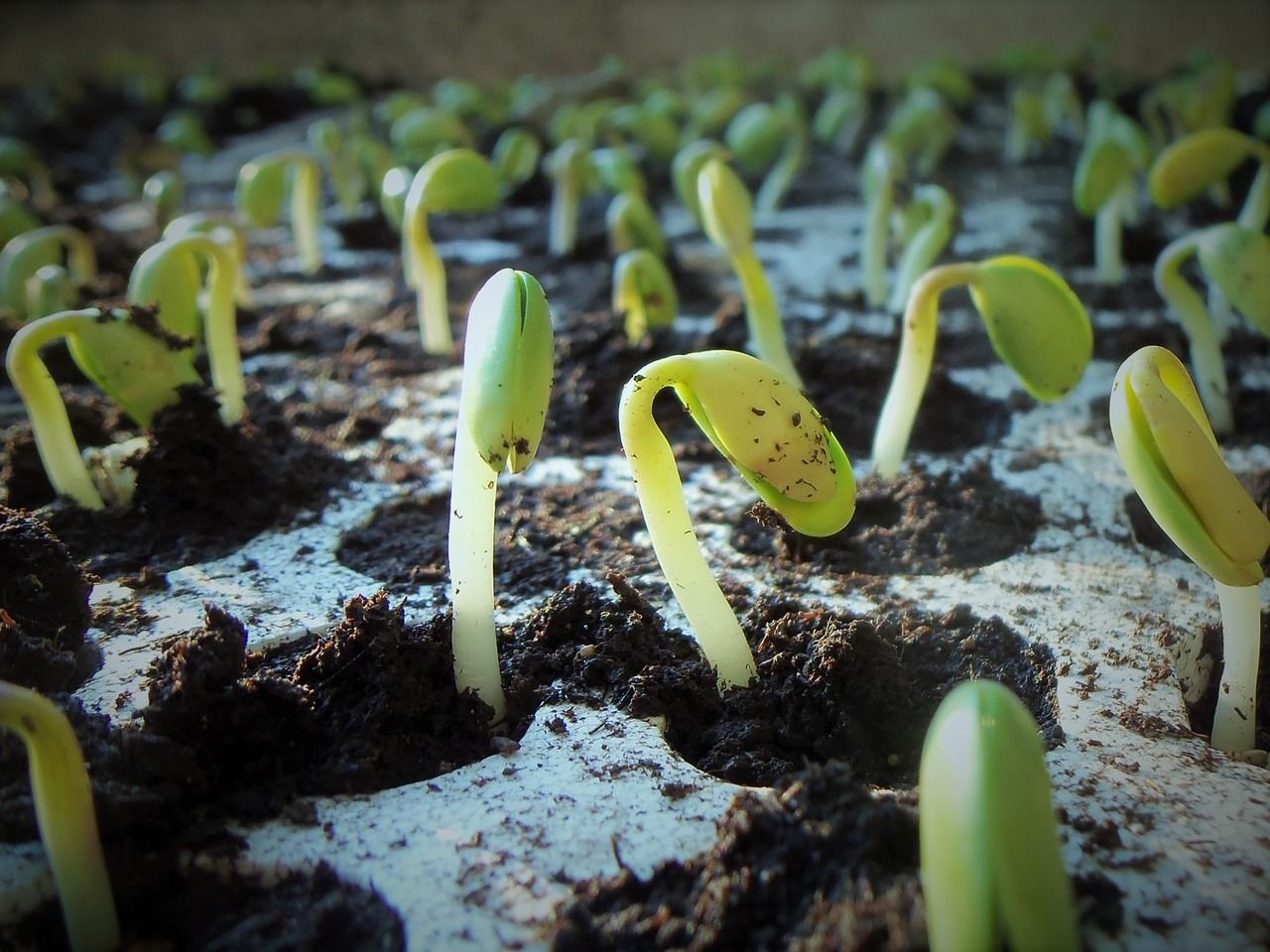 When groundwater becomes contaminated with nitrates at a rate higher than ten parts per million, the situation can be quite hazardous for children under one year of age, baby animals and pregnant women and animals.

Too much nitrate can kill newborn people and animals by causing a condition called anoxia. This is internal suffocation. Anoxia causes a an infant’s skin to take on a blue cast. This is especially obvious around the mouth and eyes. Anoxia is also known as “blue baby syndrome”.

It’s hard to get nitrates out of water because carbon filters, sediment filters and even ultra filtration systems will not remove them. Furthermore, boiling actually increases nitrate levels in water rather than decreasing them. Only ion exchange resin filtration, reverse osmosis or distillation can remove nitrates from water.

1 thought on “How Do Soybeans Replenish The Soil Of Nitrogen?”