How To Make Barley Wine {Recipe Inside}

Despite the name, barley wine is not actually wine at all, but a strong beer made from barley. It typically has a high alcohol content ranging from 6 to 12% by volume, which is closer to wine than most other beer. It was this that gave barley wine its name. There is no doubt, however, that this is a true beer, being brewed from grain and not fruit. Just like wine, it does, however, improve with age.

So how to make barley wine? Read on to learn more (including a simple recipe).

What is Barley Wine?

In the US, the spelling of barley wine has been changed to barleywine, as it was felt this was less misleading. Typically it’s released by breweries just once a year in the fall or winter.

Barleywines are direct descendants of strong British ales which have existed for centuries. During the 18th Century, all ales were strong, and in those days, the gentry would often have their own brewhouses.

The best ales were kept for the master of the house and his guests, while the staff were given the poorer run-offs.

Some ale would be matured in casks for two years or more and drunk like a liqueur from special glasses. These vessels were small and often featured delicately etched barley or hop motifs.

There are two main styles of barleywine, American or English. American varieties tend to have a greater hop influence, making the beer more bitter.

English versions are less hoppy and generally sweeter in flavor depending on alcohol content. The color of barleywine ranges from amber to light brown for American beers and red gold to black for English ones.

The taste of barley wine depends on the style, ingredients used, age, and process followed.

American barleywine has plenty of malty flavors balanced by a strong bitterness from the hops. It may also have citrus or pine resin notes with complex caramel and bready layers.

English barleywines have a more malt flavor with notes of caramel, molasses, or toffee. The high alcohol content prevents the sweetness from lingering, and the older the brew, the lower the sweetness will be.

This type of beer should have a full-bodied, velvety texture. The alcohol shouldn’t be harsh but smooth, and carbonation is usually low to moderate.

Due to the complex malt flavors of a barleywine, it goes well with other rich caramelized flavors including roasted dark meats, stews, or smoked foods. It also pairs well with rich mature cheeses and even caramel desserts.

How is Barley Wine Made?

Making Barley wine is a longer process than brewing other types of beer. It goes through several different stages to create the alcohol content and refine the flavor.

The grain must first be malted, then fermented. Hops are also used along with water and yeast to create this beer’s unique flavor.

For best results, the beer should be aged for several months to several years.

If you are familiar with making regular beer or pale ale, you may be surprised to find that the amount of grain you would normally require for brewing 5 gallons (19 liters) will only make 2 to 3 gallons (7.5 to 11 liters) of barleywine.

Caution must be exercised here, as to make 5 gallons of wort, you would need a vessel large enough to hold 21 lb (9.5 kg) of malt, plus 30 qt (28 liters) of water. Most people don’t have a container large enough for this.

How Long Does it Take to Make Barley Wine?

A true barleywine undergoes several processes that take time to do correctly. So if you’re in a hurry, you may be better off trying a different style of beer brewing.

Primary fermentation, which alters the starches in the grain and releases the sugars, takes around 14 days. There is a secondary fermentation required for American-style barleywine, often with dry hops added, taking a further 7 days.

After bottling, a conditioning period is needed of around 28 days at a controlled temperature and then an additional 28 days at room temperature.

In total, therefore, it should take around three months to complete the process. However, barleywine gets better with age, so it is best kept for a number of years to further improve.

Beer making is an art form and can become very technical. So that anyone could have a go at making a simple barleywine we decided to share this easy-to-follow recipe with you.

For more advanced homebrewers, you can see the details and steps to making an American barleywine here:

Making a traditional barleywine can be a complex process requiring a fair amount of brewing knowledge. You can find additional recipes here.

Barleywine is the richest and strongest of all English ales with a strong flavor and smooth feel.

We have lots more information about barley on our website including how to make your own barley malt extract, or barley tea. 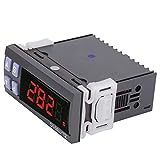