What Is The Difference Between Wheat And Buckwheat?

Many people wonder if wheat and buckwheat are one and the same, and still others wonder which is healthier. The fact is, buckwheat and wheat are two very different foodstuffs, and they offer different nutritional benefits.

Buckwheat And Wheat Are Different Types Of Plants

Even though the two plants are quite different, they can be used in similar ways and many people feel that buckwheat offers better nutritional value than wheat. Still others have entirely the opposite opinion.

Wheat is a type of grass, and the grain that we use is its seed (read here on ideal type of soil for wheat). This grain is actually, technically a type of fruit known as a Caryopsis.

Buckwheat is not a type of grass. It is known as a pseudo-cereal because in culinary use, it is not used as a seed.

Nutritionists often assert that buckwheat is a lighter type of grain and is therefore preferable to wheat. Even so, it’s difficult to replace wheat with buckwheat because wheat is one of the most ubiquitous foods in the world.

It is considered a staple food in many countries the world round, and it can be found in a wide variety of products not limited to breads and cereals.

Wheat Vs Buckwheat: How Do They Compare?

In side-by-side comparison, both plants each have their own merits. Choosing between them really boils down to your individual dietary needs and your personal preferences.

Here are a few common comparisons:

The fact is, whether fruit or grain or cereal, both of these foods (when not over-processed) provide a wealth of fiber, and both are equally good. Fiber is important to any diet because it can help lower LDL cholesterol in the blood and reduce the risk of heart disease.

Generally speaking, cereals and grains are not considered high protein; however both wheat and buckwheat are low in lysine, which is an essential amino acid. Amino acids metabolize as protein. Buckwheat has a slightly higher amount of lysine than wheat.

While wheat has quite a bit of gluten and can be dangerous for people suffering from gluten intolerance and celiac disease, buckwheat has no gluten. This matters because, no matter how much lysine wheat may have, it cannot be absorbed by people suffering from these conditions. In this case, buckwheat with its lower protein value is a better choice.

Buckwheat has a lot of magnesium (393 mg per cup) and is very good for supporting a strong immune system. Wheat contains only 242 mg of this essential mineral per cup. Magnesium also helps regulate heartbeat and maintains healthy muscle and nerve functioning.

Wheat is high in selenium, which helps maintain proper functioning of thyroid hormones, along with DNA synthesis and defense against free radicals.

Both contain a healthy quantity of phosphorus, which is needed for the functioning of each and every one of our bodily cells. Phosphorus is also essential for strong teeth and bones.

Both contain a great deal of potassium. Wheat has 697 mg per cup, and buckwheat has 782 mg per cup.

Both contain very little sodium, so both are good for people with high blood pressure.

In the final analysis, both crops provide a healthy helping of vitamins such as:

All of these are necessary to maintain energy levels and facilitate healthy metabolism. Buckwheat does have a little more niacin than whole-wheat.

Antioxidants (phytochemicals) protect us against the oxidative damage to our bodies that is caused by free radicals. Both these plants are rich in these substances, but they each contain different examples of these substances.

Of the two, buckwheat has more powerful radical scavenging abilities than wheat or any other type of grain.

Both plants are cholesterol free

Both are very high in carbohydrates containing between 122 and 136 g per cup.

Which Should You Choose? 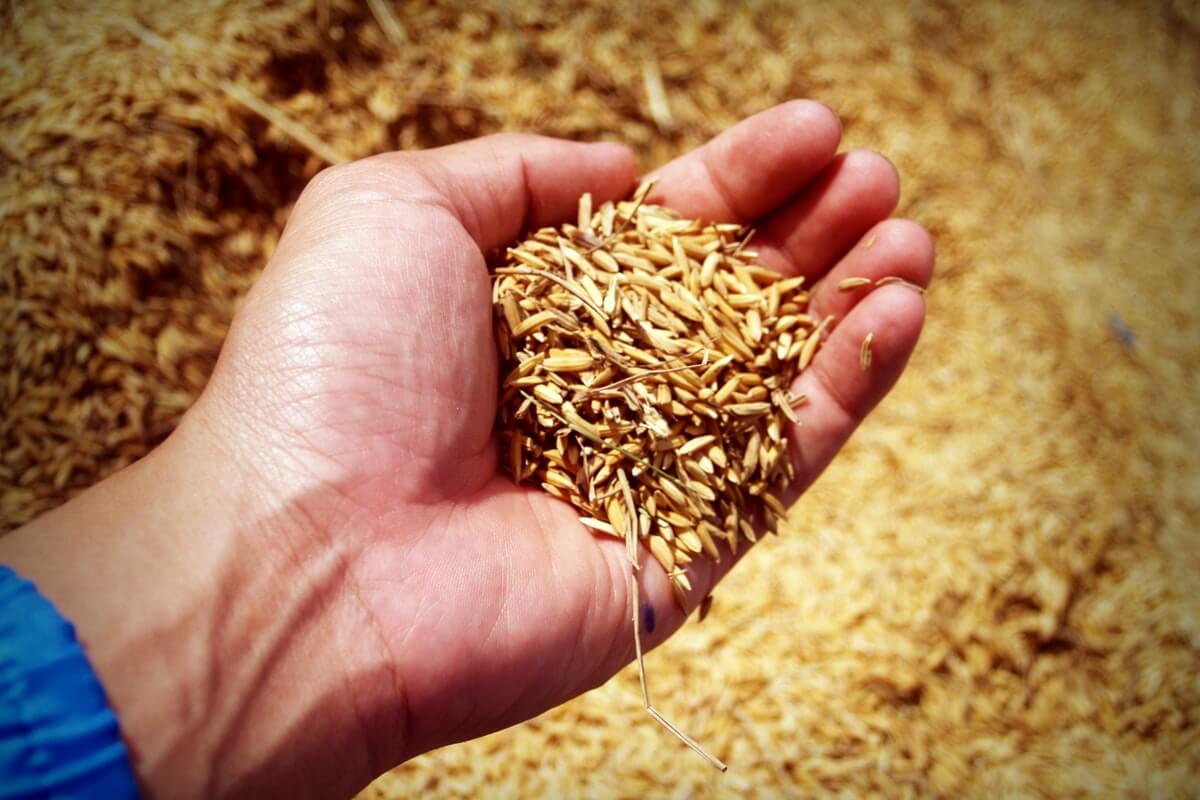 Both crops are beneficial and nutritionally valuable. Both can help boost your immune system and improve your overall health. Even though many people have turned against wheat in modern times, the fact is, it is still a healthy, nutritious addition to most people’s diets as long as it is used correctly.

Unfortunately, these days most wheat that is available is highly processed and does not contain the most valuable and nutritious elements of the grain. If you’re going to add wheat to your diet, be sure to choose whole-wheat products.

Remember that you don’t have to make an absolute choice between wheat and buckwheat. You can have both.

Is Buckwheat Considered A Type Of Wheat?

1 thought on “What Is The Difference Between Wheat And Buckwheat?”