How To Grow Barley [A Simple Guide]

Barley is an easy to grow, inexpensive crop with several valuable advantages. It can be used as an animal and human food source, in beer and whiskey making, or as a way to protect topsoil during drought conditions. It is excellent for weed suppression and erosion control and can be used in coastal areas due to its salt tolerance and ability to prevent saline seep. Let’s take a closer look at how to grow barley.

What are the Benefits of Growing Barley?

Barley has many virtues ranging from its short growing period, making it suitable to use as a multiple planting crop, to producing the largest biomass of any cereal crop.

Grown as a winter annual, the deep, fibrous root systems of barley can reach 6 and a half feet. Compared to spring barley, which has a shallower root system but is beneficial for minimizing soil erosion during droughts.

Because barley establishes quickly, it can outcompete weeds. It absorbs large amounts of soil moisture during early growth and then shades out weeds while releasing allelopathic chemicals to further suppress them.

Due to its abundant biomass and dense root system, barley improves both water filtration and soil structure.

Barley takes up nitrogen while growing that can be returned to the soil in the barley residue. It also improves potassium and phosphorus cycling when the residue is left to rot down in the field.

Due to its upright posture and open canopy, barley is an excellent crop to help support legumes. As it is less competitive than other grains and uses a smaller amount of water, it won’t compete too much.

On land with a weed problem, the legume should be sown when the barley has reached the four to five-leaf stage and has been mechanically weeded.

It is easy to kill off with a grass weedkiller, making it helpful to grow with sugarbeet seedlings to act as protection.

Aphids, leafhoppers, root-knot nematodes, armyworms, and a variety of other pests can be reduced by growing barley.

What Conditions Does Barley Need to Grow?

Barley prefers fertile, well-drained soil and does well in loams or light clay where winters are cool and dry. It is, however, quite adaptable and will also be fine on drought-prone or relatively alkaline soil that isn’t too heavy.

It grows best in soil with a pH of between 5 and 7, and although barley was often considered as a crop to grow on poor soils, it will yield far more on a good one.

In fertile soil, barley can yield 20% more than a wheat crop. Some farmers have even achieved more than this. Managing nitrogen availability is key to getting optimum yields of high-quality barley.

There is a wide range of barley varieties to choose from that grow in many different circumstances. Ensure you find one adapted to your specific growing conditions.

If you have weedy, eroded, or overworked fields, barley is an excellent choice as a cover crop component. It can help improve nutrient cycling and soil tilth.

As a cover crop in spring, it is possible to grow further north than any other cereals due to its short growing period.

In this video, you can see some useful tips on growing and harvesting barley.

Where is the Best Place to Grow Barley?

In the United States, barley is grown abundantly in Montana, Idaho, Utah, North Dakota, Colorado, Washington, Wyoming, Oregon, and California. But it is a very versatile plant and will grow well in many other states with similar growing conditions.

Globally the most barley is grown in Russia, Germany, France, Ukraine, Australia, Canada, Spain, Turkey, and the United Kingdom. As you can see, a wide variety of climates are present in these various countries.

When and How to Plant Barley

There are two crops of barley a year, one for spring barley and one for winter barley.

This is sown between December and late April. The time of sowing depends on the severity of frost in your area as barley can be frost-sensitive.

Spring barley takes about 60 to 80 days to mature. It can be reaped once the barley is fully dry unless you are wet cropping.

This is sown between September and October, depending on how long your growing season is. Specific varieties of barley are used, such as Secretariat, Atlantic, or Eve, which tolerate cold better.

Winter barley can give higher yields with a greater protein and vitamin content, but it may take longer to mature than spring barley. This is reliant on weather conditions.

Depending on how much barley you want to grow and if you will be hand sowing or using machinery, there are a few options for planting barley.

Either by hand or using a broadcaster, you can scatter the seeds on a prepared seedbed. You can also hand or machine drill by planting seeds at a depth of 1.5 to 2 inches.

For minimal amounts for use in things like homebrew, sow the seeds in rows with approximately 20 to 25 grains per foot.

How Long Does it Take Barley to Grow

The time barley takes to grow depends on several factors, which include:

As a general rule of thumb, it takes between 60 and 90 days for the grain to grow.

How Tall Does Barley Grow

The height of fully grown barley depends on several factors:

Different varieties grow to different heights, but there is a discrepancy between even the same type because of the soil it is grown in. Weather conditions, and the amount of nutrients the plant receives while it is growing also play a part.

Average heights for barley range from around 1.5 ft to 4.5 ft. The size of the plant doesn’t affect the amount of seed it carries, so it is really just useful to grow taller barley if you want to grow the crop and use the straw produced as another product.

How Many Bushels of Barley Do You Get Per Acre?

As with the length of time it takes to grow barley and the height it will reach, much depends on the variety and growing conditions.

Poor soils will produce a lower yield than good ones, and weather can play a big part. As an average, you can expect to yield around 50 to 60 bushels an acre. A bushel weighs approximately 48 pounds.

Barley can be a profitable crop to grow and is especially useful due to the wide variety of growing conditions it can tolerate.

Because it only has a short growing period, it can be used as one of several crops to be grown on the same land in a year.

There is a wide choice of different barley varieties to suit all kinds of different needs and circumstances, so finding the best type for your requirements is an important step.

If you’d like to learn more about barley you can discover more articles on our website as well as many others on a broad range of farming topics. Here is a guide to storing barley; here’s how to make flour from barley; barley bread; barleywine; barley tea; and other recipes. 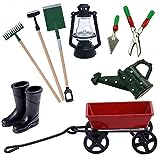 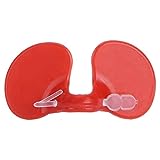