How To Make A Mulberry Tree Produce Fruit?

One of the main reasons to grow a mulberry tree is the production of delicious fruits. The red and black mulberry varieties are especially good for turning into wine and jam or eating straight from the tree. White mulberries, which can cause stomach upset if not very ripe, are also good for making into jam. If you’d like to know how to make a mulberry tree produce fruit, this article should provide some answers.

When Do Mulberry Trees Bloom?

Depending on where you are, Mulberry trees can bloom from June to September.

Some mulberry trees are dioecious, meaning they produce either male or female flowers. However, there are cultivars of mulberry trees that are gender fluid. They have the ability to change between male and female and can even go back and forth between the two in the same season.

Then there are also monoecious varieties that have both male and female flowers at the same time and are self-fertile.

Male flowers contain pollen that the female flowers need to be fertilized with so they can bear fruit, at least sometimes.

Female flowers have a stigma; this is the part of the flower which receives pollen from the male flower and transports it to the ovary, located at the base of the stigma.

Male flowers have four reproductive parts called stamens that consist of a filament with an anther at the top, which holds the pollen. The flowers themselves are around two inches long and relatively narrow.

Female flowers have a pistil which consists of a stigma at the top which receives the male flower’s pollen, a style which is the tube the stigma sits on, and the ovary, that’s located at the base of the style. The flowers are approximately one inch long and wider than male flowers with a more rounded appearance.

Mulberry blossoms grow in clusters that droop down and are called catkins.

When Do Mulberry Trees Fruit?

The trees will bear fruit from June to August, depending on the type, cultivar, and location.

Be aware that it may appear you have a bountiful harvest, but sometimes a tree with lots of immature fruit on it one day, has none the next.

This is commonly due to something called “fruit drop,” where if the tree doesn’t receive sufficient water, it isn’t strong enough to hold onto the fruits, so they fall off.

You run the risk of losing ripe mulberries to birds and squirrels who love the sweet juicy treats, so be sure to pick them as soon as they’re ready.

White and red mulberry varieties can be shaken from the tree into a tarp lying on the ground. Black mulberries are a little harder to harvest, as they cling more tightly and will need picking individually by hand.

How Long Does It Take For A Mulberry Tree To Produce Fruit?

If you grow mulberry trees from seeds, which is a fun thing to try, you may be lucky to start seeing some fruits from around the 5th or 6th year. However, it isn’t uncommon for it to take 10 years or more. It depends on the type of tree, its location, and its health.

Cultivar whips you’ve propagated from older trees may start fruiting earlier than those grown from seed. Fruits could appear as early as the 2nd or 3rd year, although again, don’t be surprised if it takes longer.

Trees planted as saplings will also fruit much earlier, sometimes even in the first year, depending on the maturity of the tree.

Fruit yields from young trees normally range from between 4 to 11lbs. for the first few years or so. Full mature mulberry trees that are more than 20 or 30 years old can produce in excess of 600 lbs.

It can be easy to give up hope of your mulberry tree ever fruiting, but as this owner discovered, being patient will bring rewards, eventually:

Some types of mulberry trees, providing they remain healthy, have the potential to bear fruit for over 100 years. It is more common, though, for them to fruit for between 25 and 50 years.

How can you Make a Mulberry Tree Produce More Fruit?

There are a couple of things that can help trees produce more fruit.

How To Stop Mulberry Trees From Bearing Fruit

If you don’t want to keep mulberry trees for their fruit but instead to use them as a shade plant or for their ornamental properties, it is possible to buy fruitless mulberry trees. These trees are particular cultivars that remain male and won’t bear fruit.

Two varieties of fruitless mulberry are:

It is a very hardy tree and can withstand extremely low temperatures.

It is a very hardy tree and can withstand extremely low temperatures.

Other fruitless varieties of the white mulberry include:

Another way to keep a mulberry tree from producing fruit is to prune it back each year or every other year. Pollarding is a popular way to not only maintain the size of the tree but also to prevent fruit production in specimens that are used for ornamental purposes or to provide shade.

I had such a mulberry in the center of a paved area in my garden. It had been trained with wide, flat branches going out from the main trunk and provided fantastic shade during hot summers.

The basic principles to optimize fruit production for your mulberry tree include:

Please refer to our website for more articles about mulberry trees or a huge range of other topics.

2 thoughts on “How To Make A Mulberry Tree Produce Fruit?” 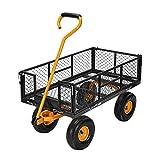 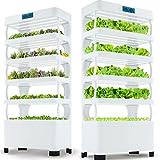