Why Is Quinoa So Expensive?

Quinoa is getting more and more popular as this pseudocereal is touted for its health benefits over commonly consumed grains like wheat and oats. But, why is quinoa so expensive compared to these other foods? This so-called superfood is more expensive than most grains and seeds that are comparable.

Let’s examine quinoa in-depth and see if we can get to the bottom of this! 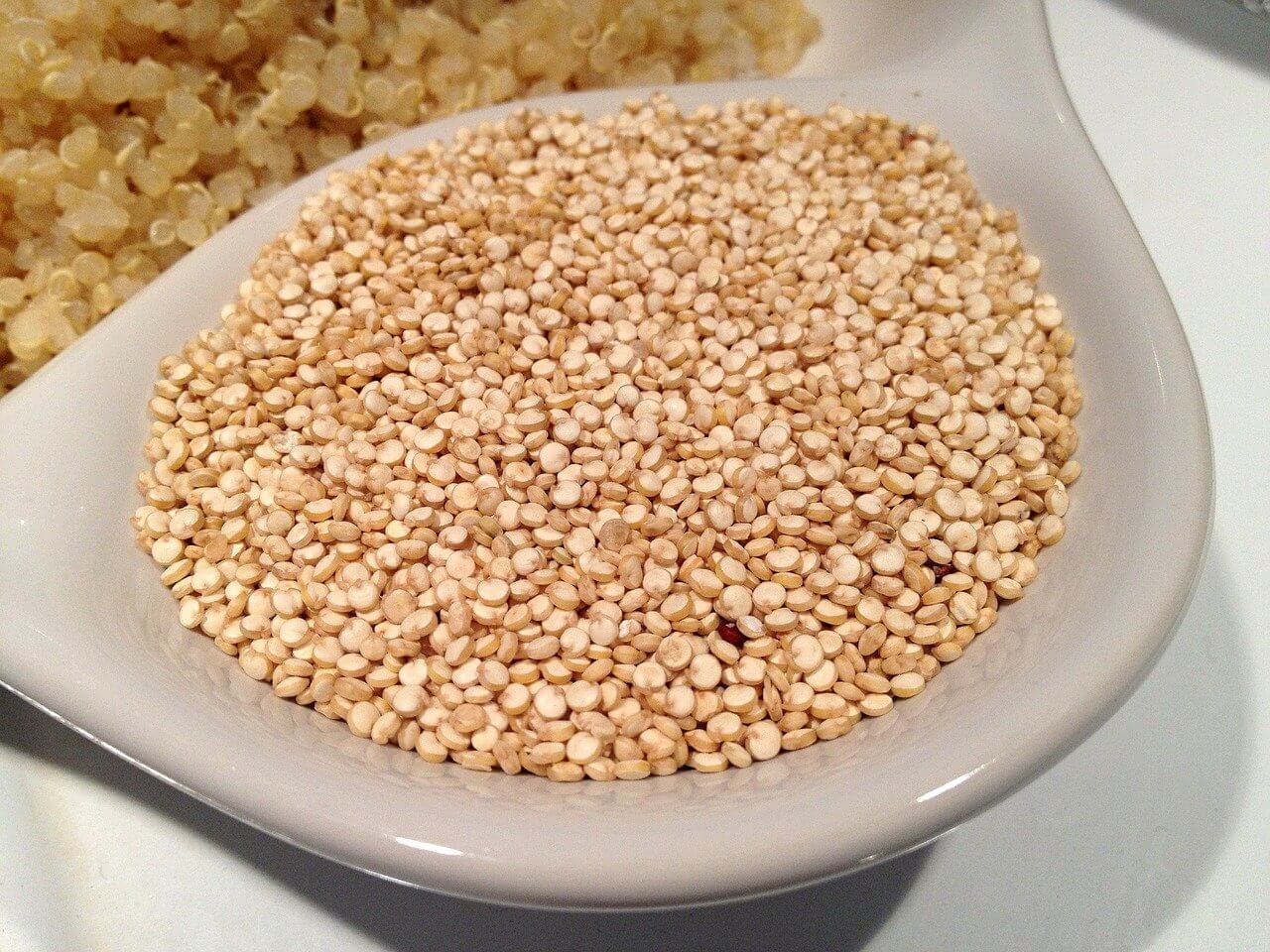 Quinoa starting getting popular about 10 years ago and has continued to reach more consumers and provide a healthier replacement for cheaper grains and cereals that aren’t as nutritious.

Prices peaked in 2014 when the demand was well above the supply with a worldwide average price of $14.83 per lb of quinoa. As of 2019, as more growers have switched to growing quinoa, the price has been able to drop to $7.88 per lb, which is still far beyond the typical grains and cereals that many people opt to eat.

Compare that outrageous number to the lowly $0.10 per lb as the cost of US-produced wheat in 2019.

Quinoa is still not as popular as whole-grains, like oats and wheat. But, it is rising dramatically in popularity as more and more health-conscious people turn to the gluten-free grain-alternative.

The majority of the quinoa consumed in America is imported from South American countries, where it has been growing for a long time. It has been a staple in those local diets but is being exported to the US more often nowadays.

This exponential growth in popularity along with the lack of US-based growers makes the cost much more significant than wheat, barley, oats, and other common grains found in fields across the nation.

Quinoa was first found in the mountainous regions of Bolivia, Peru, and Chile. Humans have been eating quinoa for the past 5,000 years if you can believe it!

Spanish settlers reduced the popularity of the crop when they reached these areas. But, descendants of the Incans that lived in those mountains maintained their quinoa riches and now the whole world is finding the benefits of this rare crop growing in high elevations in South America.

The history and origin of quinoa are quite interesting, but it has little to do with how expensive it is in today’s world.

Quinoa Growing History In The US 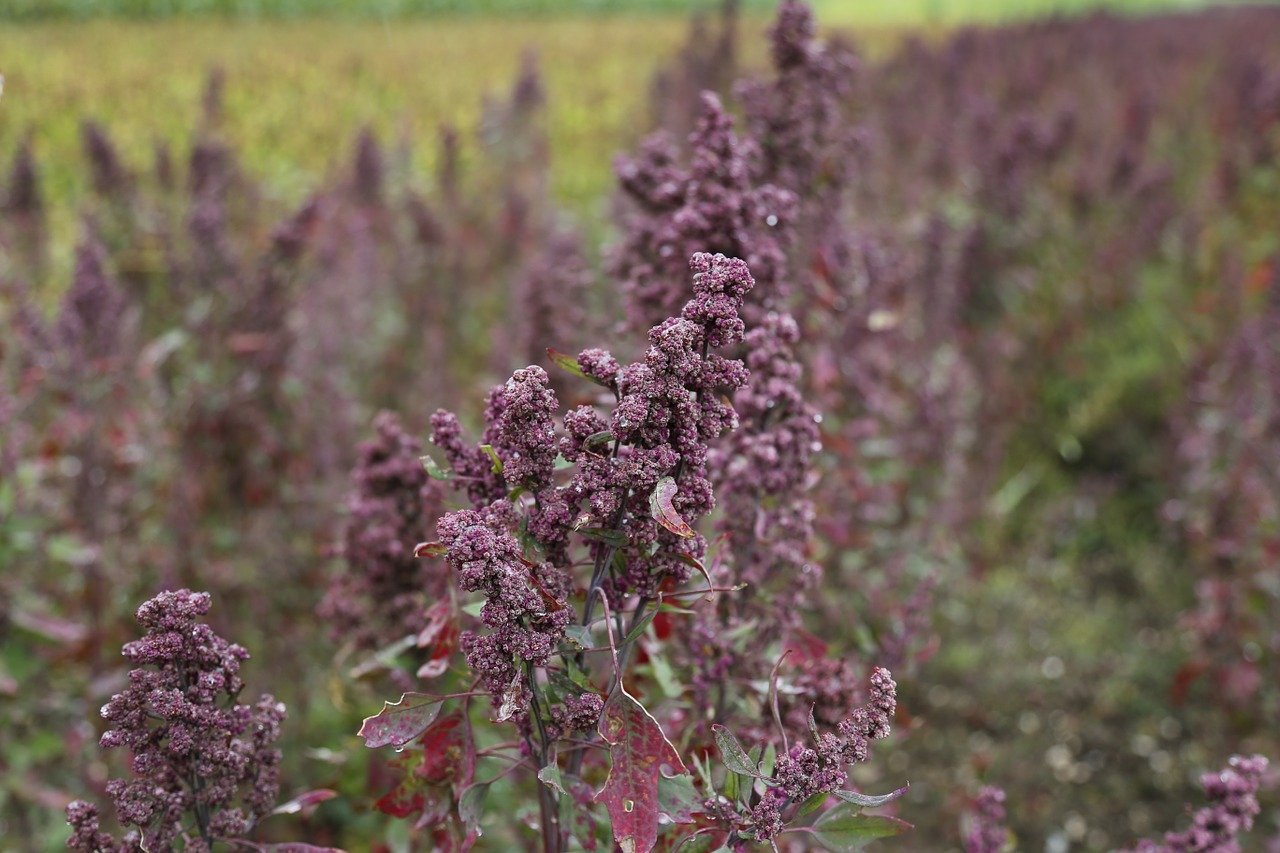 While quinoa can grow in a large variety of conditions, it thrives in high elevations like those of the Andes mountains where the plant first prospered. Now, with the USA demanding more quinoa, commercial producers are looking to farm quinoa at home.

While that number is sure to rise in the coming years, the lack of commercial growers located in high elevations well suited to quinoa makes its widespread cultivation more unlikely.

Quinoa can be grown in the USDA zones 4-10, so commercial operations may push the boundaries in the coming years to try and get a piece of that pricey pie. In the meantime, we homesteaders can grow it on our land for harvests that can hold over the household.

While 5,000 acres sounds like a lot of quinoa, you have to know how much wheat is planted in the US to understand why there is such a huge price difference.

In the US in 2020, there were 44.3 million acres of wheat planted! Wheat isn’t even the most common grain grown in the US, either! You can examine the statistics here.

So, the close-to-$8 price difference per lb between quinoa and wheat seems a bit more reasonable…

Want To Save Some Money On Quinoa?

As quinoa becomes more popular, there are bound to be more commercial growers producing it and supply will catch up to the rising demand. Then, maybe the prices will drop and be similar to grains and seeds sitting next to quinoa on the shelves.

Luckily, you don’t have to rely on this happening to save some money on your quinoa needs! You can grow your own quinoa on the homestead and harvest large yields to satisfy your needs and reduce the cost of quinoa.

After all, you can expect to get anywhere from 1-6 ounces of quinoa seeds from just one plant, and you can plant all the seeds in a store-bought package as long as it wasn’t polished!

If you are looking for more information on quinoa, here we explain the key differences between quinoa vs couscous.